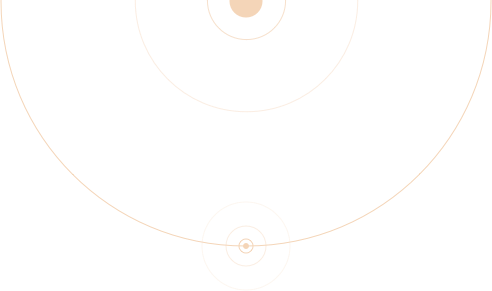 MERCURY …IN YOUR HEAD??

Dental amalgams, or “silver fillings” have been used to restore cavities since World War II and still taught in dental schools around the world. Currently their use in the dental profession has dramatically decreased for several reasons: the main reason being that they contain mercury and mercury is toxic; not only to the environment, but to humans as well. This fact has been a topic of great debate and discussion for the past 20 years between dentists, scientists researchers, FDA, ADA, EPA, the US Consumer Product Safety Commission, as well as many other world wide authorities.

Amalgam fillings contain up to 50% Mercury in their composition combined with Silver, Tin, Copper and sometimes Zinc. They were the filling material of choice because of their availability, durability, and were inexpensive as compared to Gold. In recent years they have come into question as to whether they are safe.

The greatest risk of mercury vapor is present while placing and removing these “silver fillings”. It is a known fact that up to 80% of this mercury vapor is inhaled into the lungs especially when removing!! Please, please make sure if you have these fillings removed and replaced, that you have them done safely with a qualified biological dentist which is certified with S.M.A.R.T. or PROTECT Protocol or BOTH!

A Little Background on Mercury:

Mercury is a heavy metal in liquid form at room temperature. Mercury is used in thermometers, ( banned in 2003), Blood pressure cuffs, fluorescent lighting, and dental restorations. Although banned presently, mercurochrome was a widely used antiseptic for minor cuts and scrapes. Mercury is still present in some laxatives, diaper rash ointments, eye drops, nasal sprays as well as diuretics and some mascaras. Recent research has demonstrated that Mercury vapors are released from amalgam fillings during placement, removal, and especially for those who grind their teeth, chew gum, or eat hot foods or liquids. Mercury causes mitochondrial damage and wipes out DNA synthesis. Also, for those who like to “oil-pull” : please be sure and check with your biological dentist that it is safe for you.

What do FDA, ADA, have to say:

Mercury and most of its compounds are extremely toxic. The World Health Organization (WHO) and OSHA treat Mercury as an occupational hazard and require specialized training in “the occupational handling of Mercury”. In 2005 WHO warned that “Mercury may cause harmful effects to the nervous, digestive, respiratory, immune systems and kidneys besides causing lung damage”. The FDA’s position and recommendations on dental amalgams has been modified at least three times in the last 10 years. The FDA states: “Dental amalgams are strong, long lasting, and are the least expensive type of filling material…FDA considers dental amalgam fillings safe for adults and children ages 6 and above. Recently, the FDA has modified its views on amalgam (Dec. 2017 Update) specifically pregnant, breastfeeding women. As of 2018, the European Union has this age at 15 and above. ADA considers “ Dental amalgams safe, affordable, and durable material” and that the “current and available data are insufficient to support and association between Mercury release from dental fillings and the various complaints attributed to it” (2003-2004). This statements have been re-affirmed by the Council on Scientific Affairs year after year 2004-2009; then reaffirmed once again in the “Update on Safety Concerns” in 2013.

As recent as a few weeks ago, the FDA has announced that “certain groups might be at a greater risk for potential harmful health effects of mercury vapor released from the mercury containing fillings”. And that “certain groups of high risk individuals should avoid them”-read between the lines! Finally the information is getting out….it’s a start!

What does the rest of the world have to say:

Although only two countries have banned the use of amalgam fillings: Norway and Sweden (2008-2009), several other nations have recommended the “eventual eradication of dental amalgams in dentistry”. In 2013, the Minemata Convention on Mercury, an international environmental agreement designed to protect human health and the environment from mercury emissions and compounds, was signed. This Treaty, signed by over 140 countries, ( including European Union, US, Japan, UK, Israel, and the Netherlands ) addressed and agreed that dental amalgams and “their use must be phased down through a number of measures”. This agreement recognized the ability of mercury to bioaccumulate in the ecosystem and its significant negative effects on human health and the environment. Another reason why the EPA requires every and ALL dental offices to have an amalgam separator installed…

What are your Options:

There are alternatives to silver fillings including bonded composite resins, porcelain, zirconia to name a few. Although each material has it application, no material is without its limitations. Patients should get to know their dentist and ask questions as to their specific needs. Not only are there mercury free restorations, but fluoride free as well as BPA free alternatives and Bis-GMA free alternatives. There are also pre-treatment protocols in place and post-treatment adjuncts to help mobilize and detox: however, each patient needs to work with his Functional MD, Integrative Doctor, nutritionist or HCP/PCP so that an individualized plan is mapped and the road to recovery is less of a biological burden and outcomes are positive.

Compatibility also matters! These tests look for antibodies and if a person has a “mismatch” or is highly reactive to a certain material. I strongly encourage patients to have a Biocompatibility test especially if their toxic burden is high, have a difficulty methylating, have Lyme Disease, MS, Parkinson’s, Alzhiemer’s, or an autoimmune disorder.

It is important to note and understand the difference between “Mercury Free” Dentists vs “Mercury Safe” Dentist which practice and utilize equipment and safety measures when removing amalgam fillings.

YOUR MISSION, SHOULD YOU CHOOSE TO ACCEPT IT:

-make sure you research their certifications and qualifications

-find out what you are compatible with

-STAY HEALTHY! ITS ALL CONNECTED!

Although the FDA and the ADA do not encourage the removal of amalgams for toxicological purposes only, everything should be considered. Inflammatory processes, genetic predispositions, genome variants, general health, nutritional considerations and pH environment should be closely considered, to name a few.

The more inflammatory processes an individual has, the more their oral health will be impacted. The most important step in your health is a comprehensive exam. Talk to your dentist! Just like every patient is different, every Dentist is different. Read the research! Do your homework and keep an open, forward thinking mind.

Dr. Josephine Perez is a graduate of Tufts University Dental School and her memberships include ADA, FDA, AACD, and IAOMT and IABDM. She is SMART Certified, uses the PROTECT Protocol and is currently working on her Fellowships. She is a practicing Biological dentist in Naples area with over 25 years experience.